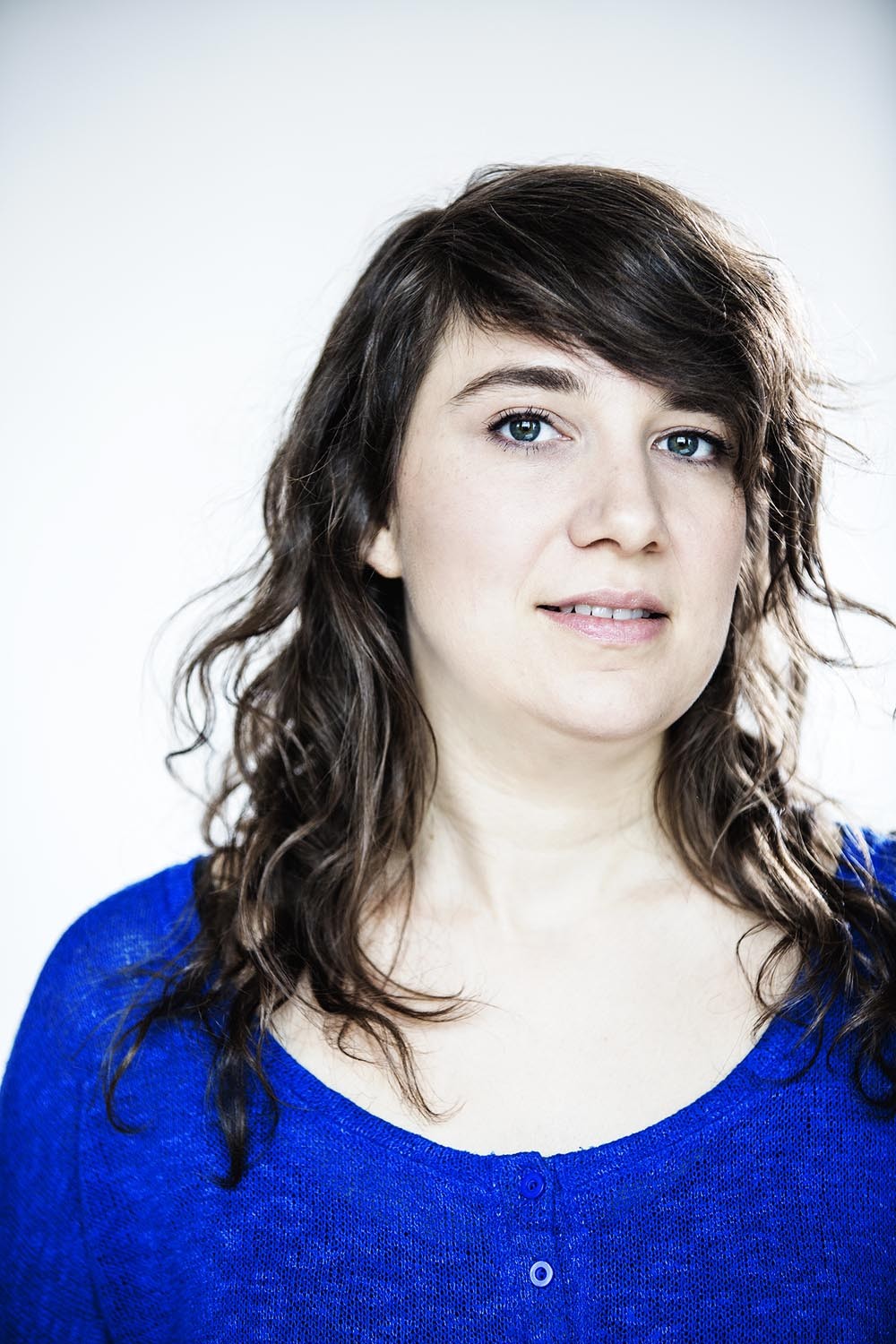 Marie Béland graduated from the University of Québec in Montreal (UQAM), where she received the William Douglas Award of Excellence as a student in dance creation. In 2005, she founded her company, MARIBÉ – SORS DE CE CORPS, that has produced her singular works where indiscipline is organized with precision and spirit. First maribé – live in Montréal (2005), created following a summer residency at Studio 303, followed by a work for teenagers Twis-manivelle (2005), which was chosen by the newspaper ICI as one of the five best works of the year. The next pieces was Dieu ne t’a pas créé juste pour danser (2008-2018) which received the prize ARRIMAGES during its tour of the Maisons de la culture of Montréal and which was completely revamped in 2018 to be toured again; RAYON X : a true decoy story (2010) co-presented by Tangente and le Festival Les Coups de Théâtre and seen nearly 25 times in Québec; BEHIND : une danse dont vous êtes le héros (2010), which was performed at Tangente, FTA, at Festival ArtDanThé in Vanves (France) then at Agora de la danse; Vie et mort de l’élégance (2012) that won the silver medal at the Jeux de la Francophonie 2013 (FR); BLEU – VERT – ROUGE (2013), presented at Agora de la danse; Révélations (2014), first presented in Spain and then at Tangente in Montréal in its final version; Persona (2015) created for EDCM graduates and presented in Ivory Coast during the Jeux de la Francophonie 2017; and finally BETWEEN (2015) in partnership with Montréal Danse, presented in a double bill with BEHIND : une danse dont vous êtes le héros at Festival ArtDanThé (FR), at Theatre 140 (BEL) at Agora de la danse and at the Festival Sounded Bodies in Zagreb (CRO). Marie then created BESIDE, which closes the B+B+B trilogy, again in partnership with Montréal Danse. Since her beginnings, she has had several residencies in Quebec and abroad (La Rotonde Québec, TanzWerkstatt Berlin, La Caldera Barcelona, Dance 4 center for choreography Nottingham, Cardiff Dance Festival, Centro per la Scena Comtemporanea Bassano del Grappa).

In addition to her work on stage, Marie Béland is interested in in situ dance, multidisciplinary work and teaching. She was a founding member of the production company La 2e Porte à Gauche, an organization that for 15 years created and produced contemporary dance events held in apartments, shops, bars, parks, and who sought to question the relationship between dance and the public, including Le Bal Moderne, 4quART, Danse à 10, Rendez-vous à l’hôtel and PLUTON. she authored in 2018 her master’s thesis entitled Cartography of the scene: the forces at play in the living spectacle (https://archipel.uqam.ca/13557/), which seeks to question the spectacle object and to understand its mechanics. She is a faculty member of the EDCM, and teaches creation to first-year students.

For 18 years, Marie Béland has choreographed works where the body goes beyond dance: dancing bodies, but also real, everyday, ordinary bodies are at the center of a fine and complex choreographic organization. Marie invites the public to reflect on live performance as a social and aesthetic phenomenon, and on the way in which our bodies are transformed when in contact with the stage. Each work is an attempt to reconcile body and mind, to show speech and the counter-discourses that appear in movements. Lately, Marie is interested in the choreography that our bodies produce in the process of speaking.