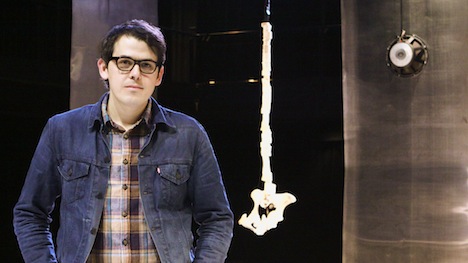 Graduated in 2003 from the Option-théâtre of Collège Lionel-Groulx, ALEXANDRE PILON-GUAY quickly joined the Montreal dance community. He has collaborated with choreographers such as Virginie Brunelle, Mélanie Demers, Frédéric Gravel, Antonija Livingstone, Les Sœurs Schmutts, Lynda Gaudreau and the Pierre-Paul Savoie dance company. His work does not end on premiere evenings, since he likes to follow the companies on tour and rework the lighting so as to make «tailor made» according to the different venues. For more than ten years now, he has been involved in the development of performances by choreographer Dave St-Pierre, whose creations have been seen in Montreal and across Europe. In theatre, Alexandre was part of the team for the adaptation of the Grand Cahier and Amuleto directed by Catherine Vidal. He has also worked with Emmanuel Schwartz, Alice Ronfard, Jérémie Niel, Justin Laramée, Momentum and Transthéâtre. He is, since 2012, associate artist at the Théâtre La Chapelle.

Artist in constant development, Alexandre Pilon-Guay is inspired by the performers’ gestures and their relationship to the surrounding space. It gives full space to the play of the body and the light. The light in the pure state, that is what could characterize its gait. No futility is allowed, the darkness and the black are not the result of an oversight or an error, but the complement of the directed light.