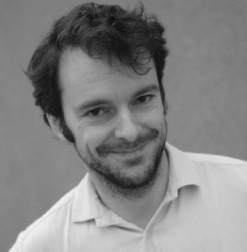 Graduated in 1997 of the National Theatre School of Canada, Francis Monty is a master of theatre. The staging, the clownesque play, the puppet and his many writing projects intersect. In 1999, he founded the Théâtre de la Pire Espèce with Olivier Ducas and has shared it since artistic direction. Co-creator of the company’s shows, we could see him in his latest creation, Petit bonhomme en papier carbone, of which he is the author, director and performer. As a playwright, his works have been presented in Canada, Brazil and Europe: Par les temps qui rouillent, Déclownestration, Traces de cloune, Léon le nul, Ernest T. and Romances et karaoké, which earned him the Masque du texte original at the Soirée des Masques 2005.