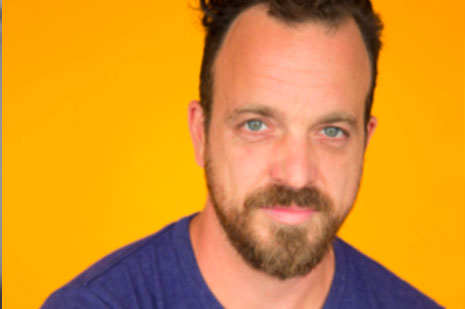 Simon-Xavier Lefebvre has always been prone to sports hyperactivity and developed an interest in movement and space from his first contact with martial arts. In his early twenties, when he was completing his undergraduate degree in biology, his thoughts were still rooted in the rehearsal studio. He decided to turn definitively towards dance following a meeting with Daniel Léveillé. After a year of study at the École de danse contemporaine de Montréal, he was invited into the creative process of Un peu de tendresse, bordel de merde by Dave St-Pierre. To date, there have been numerous collaborations: Marie Béland, Andrew Turner, Anne Thériault, Virginie Brunelle, Sasha Kleinplatz, Estelle Clareton, Pierre Lecours, Hélène Blackburn, Estelle Clareton, Martin Messier, Milan Gervais, Frédérick Gravel and Parts & Labour. Simon-Xavier has also appeared on stage for some theatre projects, notably with Éric Jean, Mani Soleymanlou and Jérémie Niel. In 2020, Simon-Xavier participated in the revival of La vie attend (Parts and Labour), and was part of the touring team for Some Hope for the Bastards (DLD/Frédérick Gravel).